Today is April Fools’ Day, and the Internet is a minefield waiting to be detonated. The web is filled with fake news stories, products and tricks capable of fooling the smartest users.

Here are a few we’ve come across: 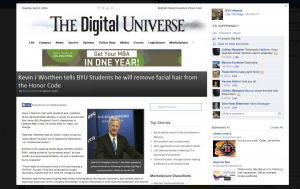 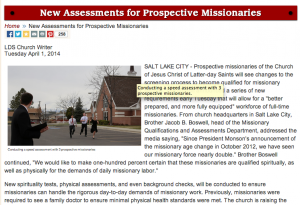 LDS Bookstore published a story about a new physical fitness test for missionaries.

Sen. Ted Cruz (R-Texas) pranked the hosts of Fox & Friends this morning when he revealed a tattoo of Winston Churchill smoking a cigar on his bicep. 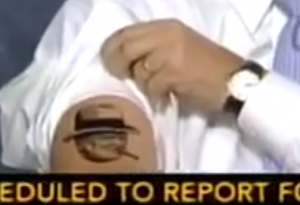 LDS Living posted a story narrating a woman’s experience meeting three men she believed to be the three Nephites. After the story they let everyone know it’s an April Fool’s Day joke and go on to discuss LDS folklore.

Prepare yourself further with this list of online April Fools’ Pranks from BuzzFeed.