On Monday, President Henry B. Eyring announced that Cecil O. Samuelson will be released as BYU’s president, effective May 1, 2014. Kevin J Worthen, BYU’s incoming president, reassured BYU students in a press conference that “Whoosh Cecil” will not be changing to ‘Whoosh Kevin.’

The slide show above is a tribute to the ‘Whoosh Cecil’ tradition, and below are some pictures of President Samuelson at BYU basketball games. 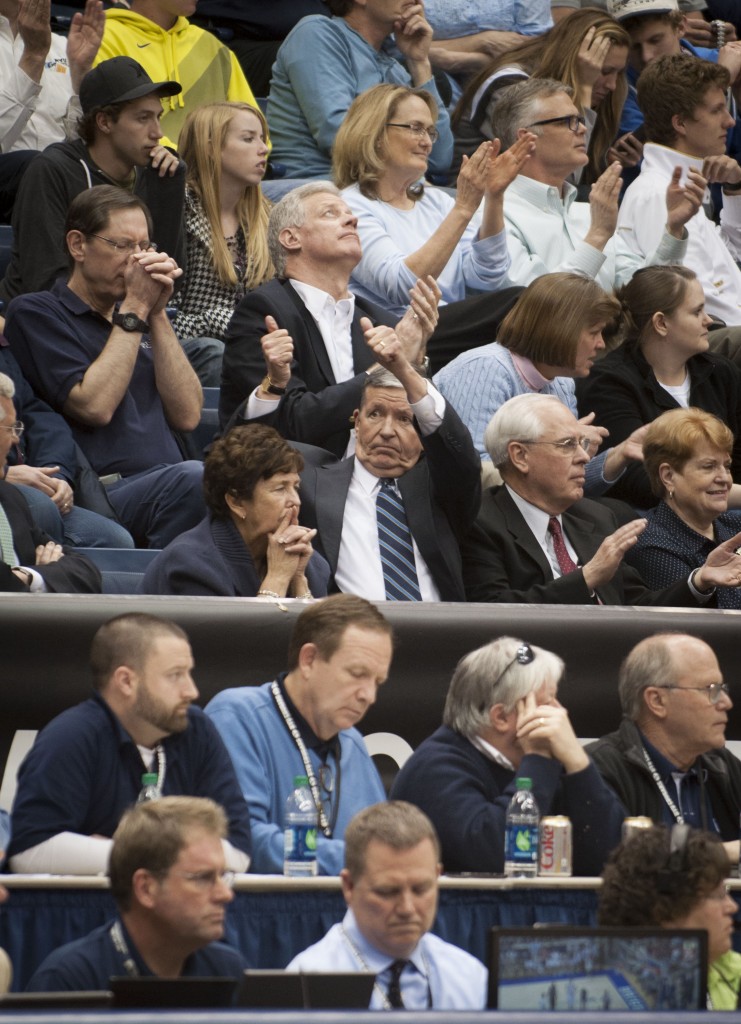 “After all these years, the kiss cam never gets old.” 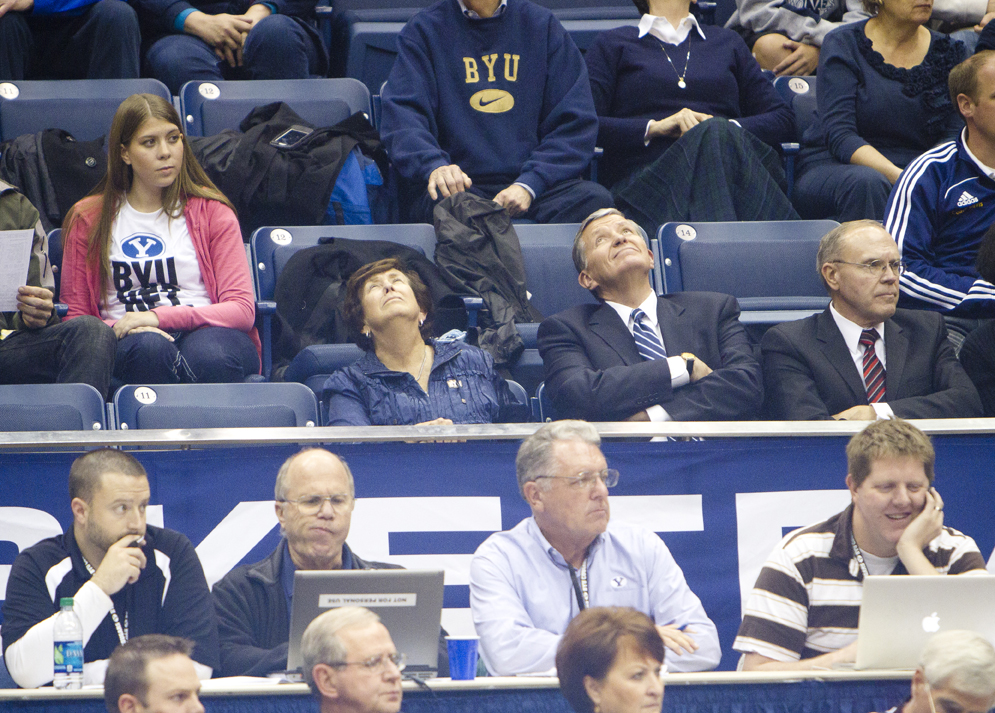 “Absent in body, present in spirit.” 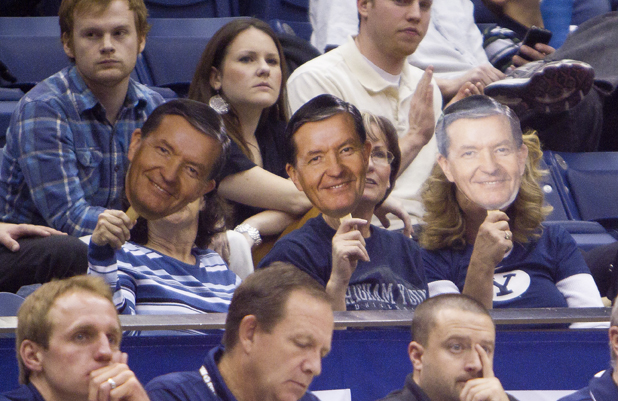 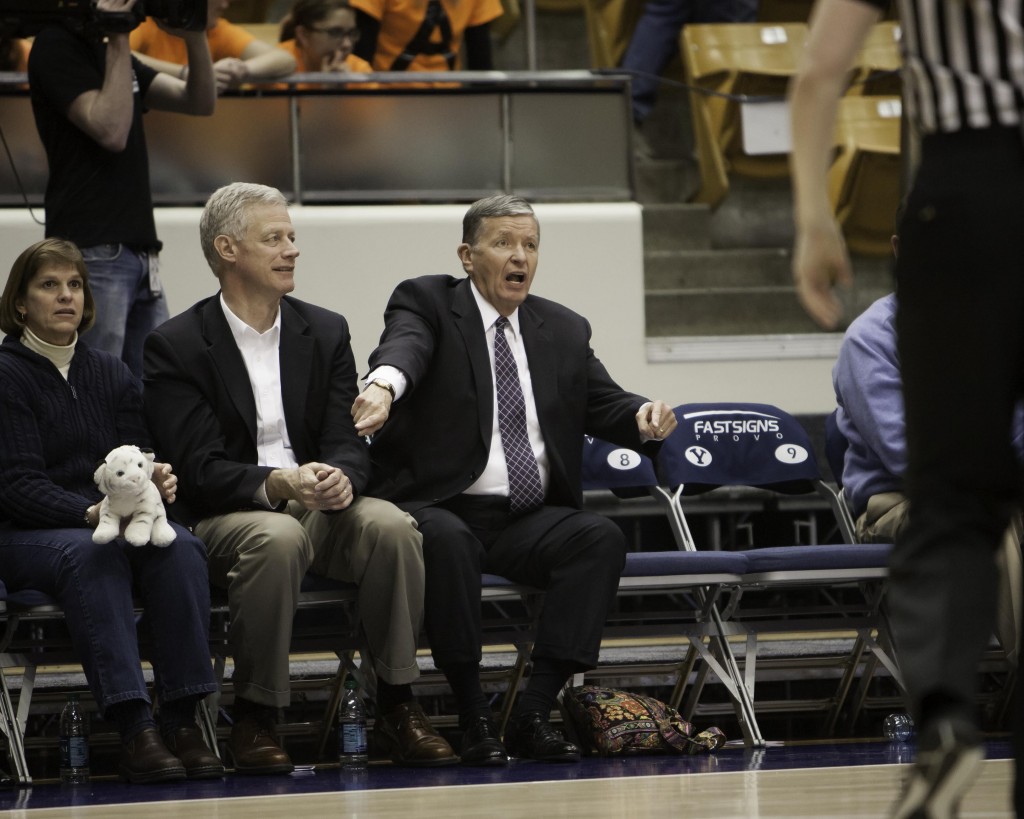 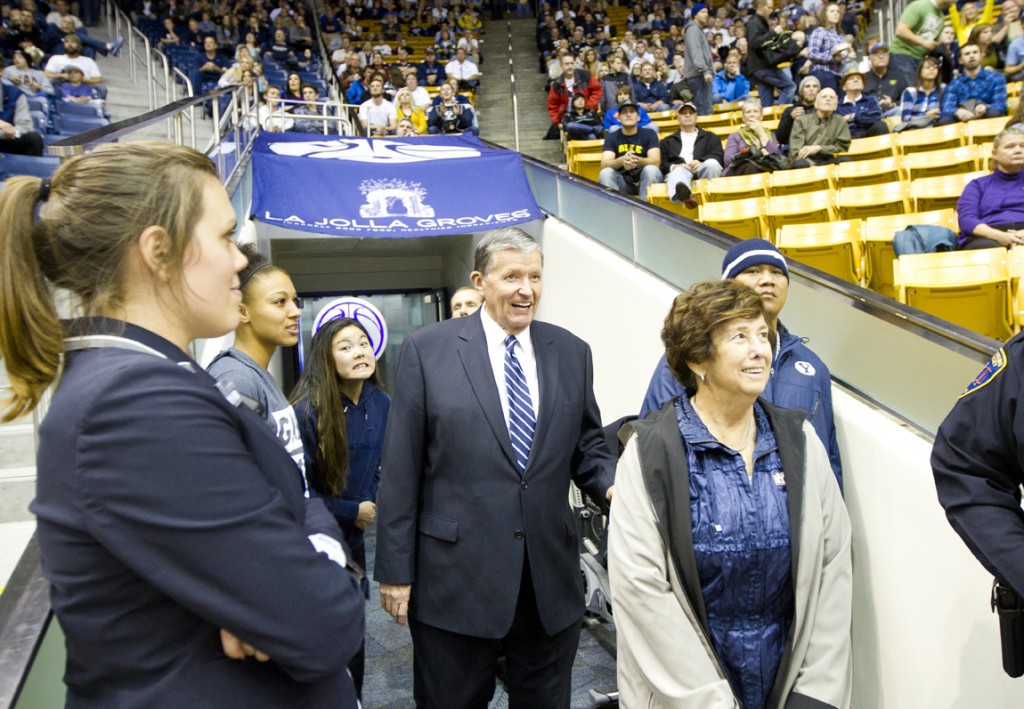