SALT LAKE CITY — The House of Transportation Committee choose to send HB281, which would have allowed motorcyclists to split lanes, or pass car in the space between lanes, in traffic under 30 miles an hours, back for revisions.

Education Coordinator Eric Stine of the Utah chapter of American Bikers Aimed Toward Education voiced opposition to implementing the bill until educational programs on proper lane splitting technique could be implemented.

Stine felt this aspect of the bill would be especially important in protecting junior riders. 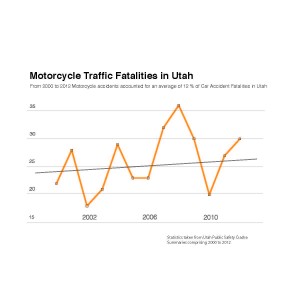 Rep. John Knotwell, R-Herriman, motioned to hold, or stop the bill until changes could be made, after Knotwell highlighted that all cited studies were completed out of state. The committee voted 7-1 to hold the bill.

Utah public safety reports show a modest increase in motorists fatal accidents during the past twelve years. It is inconclusive how laws like allowable lane splitting could affect that rate in coming years.