Rep. Curtis Oda, who drafted of the bill, presented this legislation to the committee. 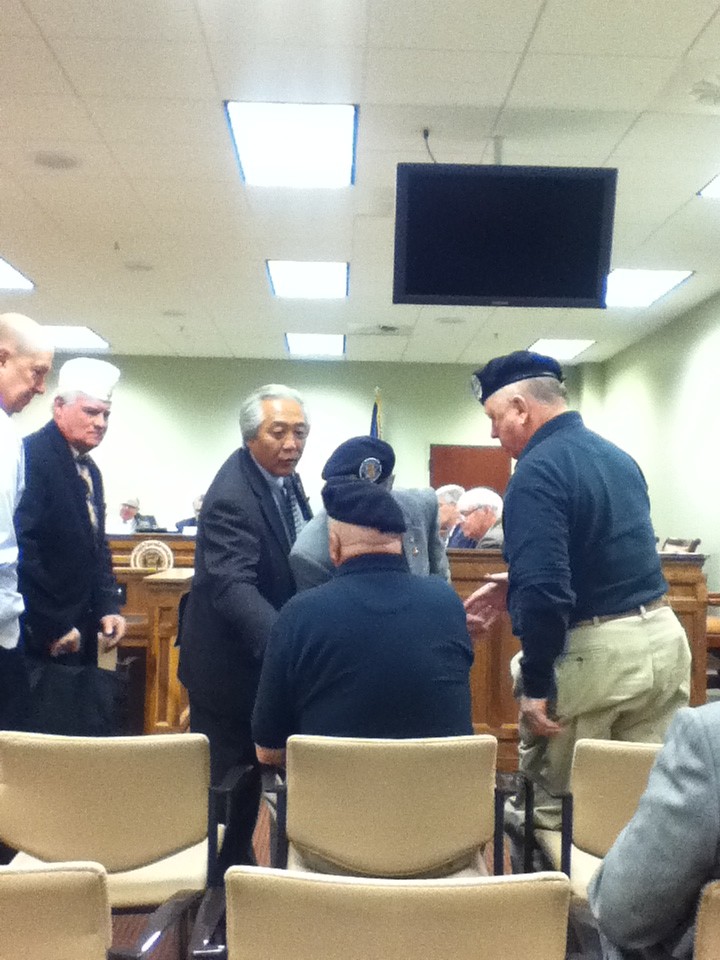 Many veterans were in attendance to show their support for the bill and Dennis Howland, a former Marine who served in Vietnam and a major influence in the drafting of this bill, spoke in favor of the bill.

“This is not about the benefits, it is about honor,” Howland said. He noted that many veterans returning from Vietnam were met with contempt and anger because of American’s anger at the involvement in Vietnam.

He said that many of the veterans here could tell the horror stories about how when they returned home, they were looked down upon by society. “There were times when we were more afraid to go home than to stay in Vietnam,” Howland said.

This bill is significant in the fact that there is a recognition specifically for those who served in Vietnam. “This is the only conflict where those returning from the conflict have been treated so poorly,” Oda said.

He is a firm believer that this recognition will help those veterans to feel like people welcome them home and are grateful for their service. He noted this has already taken place in other states and urged the committee to approve this bill so that Utah can follow suit.

Representative Roger E. Barrus, chairman of the committee, said he received a phone call from a veteran who is in support of this bill. He urged the committee to realize this bill is about recognizing all those who were in that war that were there to do their duty and serve their country.

To that point Howland added, “It was and is our war. We didn’t go looking for it, it found us. We fought with dignity and honor.”

There are an estimated 50,000 Vietnam veterans living in Utah today. Of those 50,000 there are 1400 servicemen from the state of Utah who served in Vietnam that are still unaccounted for.

March 29 was the selected date because March 29, 1973, was the day the last troops left Vietnam to return home after a long and costly conflict.