I have a child who is seriously questioning the Church: Does he believe? Does he want to live the gospel? I am simultaneously anxious about his questioning and thrilled that he is thinking for himself.

Brigham Young said, “I am more afraid that this people have so much confidence in their leaders that they will not inquire for themselves of God whether they are led by him. … Let every man and woman know, themselves, whether their leaders are walking in the path the Lord dictates, or not. This has been my exhortation continually” (“Journal of Discourses,” v. 9, p. 150).

I hope with all my heart that he questions, probes and learns to listen to the Spirit, learns how the Spirit speaks to him. The crucial part of this process is that he learn to think critically, to question what he hears, sees, reads and feels from all sources — including church leaders and teachers, friends and family and especially social media, entertainment and political forums. 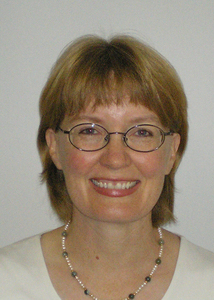 Several years ago, I received a series of pictures of a young photographer perched on an island-like outcropping in the Grand Canyon. The series shows the man taking a picture then turning and, holding his camera gear in one hand, jumping to the adjacent ledge, gripping it with the other hand. The man wore only flip-flops on his feet, so his free hand was his only security against plunging 900 meters to the bottom of the Grand Canyon.

Or so it seemed.

However, another angle from the same series of photographs shows the outcropping to be connected to the adjacent wall. If the photographer had slipped, he would have fallen less than 15 feet. At worst, he would have suffered a sprained ankle, rather than certain death.

We are an increasingly visual culture, seeing pictures, graphics and portions of videos, and easily believing. This inundation of visual input has generated a belief that we are able to comprehend the full story from a sound byte or the global view from a local position. Like the five blind men, we believe the entire elephant to be only that portion we have touched.

In a more recent scenario, a video of President Barack Obama has circulated in which he is seemingly being snubbed during a reception with Russian dignitaries. The truth of the video (from a July 2009 conference) is that the president is introducing Russian president Dmitri Medvedev to American officials. Thus, President Obama’s outstretched hand is gesturing to introduce President Medvedev, not extending a handshake that the Russians pointedly ignore.

Yet both these visuals have circulated the Internet widely, garnering surprise when they should be attracting suspicion. The enthusiastic circulation of the President Obama clip is due to its biased captioning: “No one seems to want to shake his hand” or “Obama handshake snub!”

Many among us are naive, believing what is easy or convenient — what plays into our chosen world view — rather than analyzing if doing so will challenge our beliefs.

The Lord and His servants do not want us to blindly trust. That kind of belief creates superficial testimonies founded on an individual’s charisma. The Lord wants us to have deep roots of testimony.

Professor Glade Hunsaker, who taught me and many other fortunate students while I was getting my English degree at BYU, told us, “There is no issue we cannot discuss, no question we dare not ask, if we are true and faithful.”

We should be thinking, asking, probing. It is the only way to a deep testimony.

I love my son, and I hope he questions. I hope he gains a testimony that is unshakeable because it is founded on knowledge gained through critical thinking and deeply rooted in personal experience with the Spirit.

At the end of the day, as Saints, we are sheep following a trusted shepherd, not lemmings jumping from a cliff because other lemmings have done so.

Melissa Wallentine is an adjunct professor in the Marriott School of Management, Department of Organizational Leadership and Strategy.