Looking back, I wish I had done something. I was scared. His voice grew louder as hers diminished to nothing and gave way to tears. My two missionary companions and I exchanged uncomfortable looks; we hoped the yelling would end on its own.

I didn’t realize a woman was being verbally abused. Now I know better, and I regret that moment. I should have intervened.

I learned hurtful actions can happen anytime and anywhere, including at BYU. In 2012, the Salt Lake Tribune reported, “a jury found an 18-year-old former (BYU) student guilty of forcible sexual abuse.” The victims were his roommates.

Harassment we see every day, such as whistling at someone or calling someone a wuss, may not be criminal; however, voicesofcourage.byu.edu makes this powerful point: “(They) … may not be extremely harmful, but together, they make up a culture that supports and tolerates violence.” Nobody wants any part of our culture supporting or tolerating violence.

The abuser is always at fault, never the victim. But those who see what is going on and do nothing are not blameless. A witness’ lack of intervention communicates to the abuser, “That’s okay at BYU.” Students who don’t know how to recognize abuse or what to do to stop it are unintentionally sending this message. We must be more educated on what creates an abusive culture and what actions can stomp it out.

A mandatory seminar, part of new student orientation, could help students learn how to prevent and recognize abuse.

To avoid that “I should have intervened” feeling, learn how to identify and stop abuse by going to voicesofcourage.byu.edu. Helping to prevent a fellow student’s lifetime worth of pain is worth a moment of your time.  Email to tell Women’s Services and Resources of your support for this new seminar. 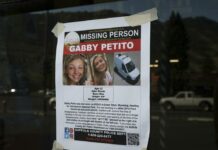 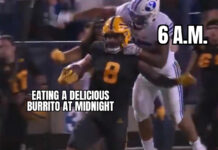