A car crash on March 29 left a Provo home decimated — and created an opportunity for BYU.

A 17-year-old student at Timpview High School is suspected to have been suffering from an unknown medical issue when he drove through the intersection at 450 E. University Parkway and crashed into the home several months ago. No one was injured, but the crash caused extensive damage to the house, including demolishing the entire east portion. The two bedrooms that were destroyed were fortunately unoccupied at the time of the accident.

According to a KSL report, the homeowner, David Lee, was originally planning to “rebuild at the same location, saving as much of the current building that he can, if that’s an option.” BYU’s purchase of the property in mid-June indicates that Lee changed his mind.

“The house was structurally damaged in many ways, and so it would have been a significant rebuilding effort … I guess (the previous owners) just decided that it was better for them to sell the home, and that became an opportunity for BYU,” said Ole Smith, vice president of physical facilities at BYU.

BYU could use the property for a variety of purposes in the future.

“The university is interested in contiguous land as the functions of the university and the MTC grow and expand,” said Roy Peterman, BYU Grounds director. “All such decisions are made by the university administration and the board of trustees. At the present time there is no specific use for the land.”

According to Smith, the house will be demolished and replaced with landscaping for the time being.

“I don’t think it’ll have any impact on functioning of BYU or BYU students at all,” he said.

BYU spokesperson, Carri Jenkins, stated in an email that “the house that sits on this property will be demolished this month (July). The landscaping will be completed in time for Fall Semester 2013.” 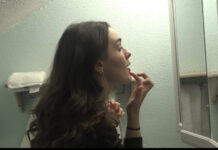