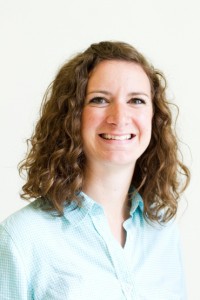 Two years ago I bought a bike. A nice bike. I named her Stella. (Yes, she’s a she. And yes, I refer to her exclusively as Stella.) I began going on rides as often as possible, sometimes every day but Sunday. I would go up the canyon or down by the lake, feeling the wind on my face and the sun on my back and as free as I’d ever felt in my life.

And then one day while I was riding along the trail at Utah Lake, there was a miscommunication with a pedestrian and she stepped out in front of me before I could get out of her way. We collided. I flew through the air and ended up upside down in a barbed wire fence, on an incline no less. I managed to make my way to my bishop’s house a few miles away so his wife could bandage my bloodied body.

Undeterred, I returned to my bike. But a month later I crashed again, this time hitting my head (complete with helmet lest you think me foolish) on the concrete when I impacted. Somehow I made it home, although I still don’t remember how. And it took me a few hours before I stopped asking my roommates repeatedly what happened and insisting I had an important meeting I needed to get to.

But I returned again. And then a month later I was commuting home from work on my bike and a car pulled in front of me before I could stop. I hit it head on and flew into the intersection. I was uninjured, but it was then that I became afraid of cars and afraid to ride.

I didn’t return to Stella for a while. It’s been almost two years since the first crash, and I’m still afraid of cars and rarely go on rides by myself. And I don’t go nearly as often as I used to.

But I refuse to be conquered by concrete. And although I may not go as often, I still go. And I still feel the wind and the sun and the freedom.

This somewhat trivial experience is not unique to my life. There is something inherently indomitable about the human spirit. Chumbawamba said it best: “I get knocked down. But I get up again. You’re never going to keep me down.”

I don’t know if your experience has been the same, but, so far, 2013 has been the worst. It seems like everything has been so hard for inexplicable reasons. Maybe it’s because it’s a long semester with no breaks and I’m running on empty. Maybe I’m just a wimp. But it’s been exhausting.

However, my exhaustion is immaterial. Life doesn’t stop just because we aren’t braced to handle it. We must all dig deep to see things through.

Atticus Finch from “To Kill A Mockingbird” is one of the most respected characters in literature. Asked to defend Tom Robinson, a black man wrongly accused of raping a white woman, Finch could have politely refused or made up some excuse. Instead he made an admirable defense of Robinson, knowing he would never win.

Speaking of his defense of Robinson he says, “Courage is not a man with a gun in his hand. It’s knowing you’re licked before you begin but you begin anyway and you see it through no matter what.”

He lost the case. But winning was never the point. He stuck with his defense of Robinson irrespective of the consequences.

It is in our nature to strive for greatness, no matter our circumstances, our limitations or the barriers set up against us — or our fear of them. Writing from the perspective of Ulysses, sometimes known as Odysseus, Alfred Lord Tennyson wrote, “Though we are not now that strength which in old days moved earth and heaven; that which we are, we are; one equal temper of heroic hearts, made weak by time and fate, but strong in will to strive, to seek, to find, and not to yield.”

We may not be called upon to lead nations or defend innocent men in court. However, we are called on to do hard things that stretch us seemingly beyond our capacities all the time. And we are made equal to the task. We are not built for surrender. We are built to get back on our feet and ride.