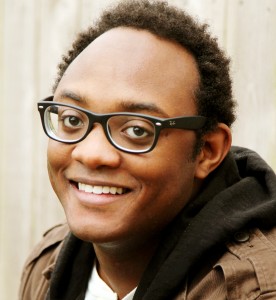 The other night I was sitting in my living room, working on homework, and I noticed my wife was pacing around with a very distraught face. The cycle was kind of amusing. She’d walk aimlessly around the room, stop, look around as if she’d lost something, plop down next to me on the couch, then pull out her phone and play with it for a second. After just 30 seconds of perusing her phone, she’d grunt, leap from the couch and start the process again.

At first I didn’t think much of it; but after about 15 minutes of watching her do a repeat cycle, I laughed and asked her what was wrong.

I suggested that she go and do one of her hobbies (she loves to paint, draw and sew), but she said she didn’t feel like it. So, genuinely concerned and sensing that there was some deeper issue, I asked what the problem was.

“I feel unproductive, and I just want to be doing SOMETHING with my life,” she said. She went on to explain that since finishing her bachelor of arts degree in art history in December she’s felt like a bum.

I couldn’t help but laugh. I wasn’t trying to be insensitive; I just thought the whole thing was really funny. You see, since graduating, my wife has applied to four graduate schools (she was accepted to three), applied to several internships, worked 35 hours a week and somehow managed to take care of me too. Most people would say she’s done a lot.

After I finished laughing, I reminded my wife of all of the things she has accomplished over the past few months, but she still wasn’t quite convinced of her productivity. She admitted that though she’d done a lot of things, she misses the structure of school; she misses having a checklist of things to put in her planner. Again, I laughed — this time, she hit me.

As I’ve thought about this experience, I’ve realized that being upset because you have too much unstructured time is a uniquely adult problem. Children don’t need planners; they just do what they want. Usually the only barrier between a toddler and a fun activity is an adult. When little kids aren’t being made to keep a schedule, they find fun things to do. Little kids don’t think, “Oh, man! It’s 8:03. I missed the start of the ‘Backyardigans.’ My whole day is going to be off now.” They’re just happy to be doing whatever.

I have a 3-year-old brother, and he’s the perfect example of contentment. He’ll be playing with his toys, then walk into the kitchen, for no apparent reason, and start opening cabinets. He’ll find a pot he likes and start banging it. Eventually, he’ll find his way back to his toys, with or without the pot, depending on his mood. As far as I can tell, he doesn’t have a plan; he just goes with the flow.

In contrast, most adults need to have a schedule. The same way Linus relies on his blanket for comfort, grown-ups rely on a rigid daily agenda to bring order to their lives. Everyone knows these people who can’t function without their planner. They hold on to them for security, and they consult them before every decision or commitment. This kind of dependency would be frowned on if it were a dependency on almost anything else.

I recognize that some people equate productivity with accomplishing work- or school-related tasks. But these aren’t the only meaningful life activities available to us. It’s important to have balance. Sometimes we just need to chill, y’all.

Planners are useful, but only to a certain extent. Anything in excess becomes a problem. Plans are good; they keep us disciplined and remind us of priorities, but when one can’t find joy in having free time, it’s time to take a breather (ironically enough). As college students, our down time is nearly nonexistent, so when you find yourself with nothing to do, be grateful. Read a book, watch a movie, take a nap or go on a walk; or, if you’re really a forward thinker, do nothing. The day will soon come when doing nothing just won’t be an option.

I should clarify, my wife isn’t a crazy planner lady, but she is very organized and she likes to be busy. After she hit me, I convinced her to take a chill pill — we got some ice cream.