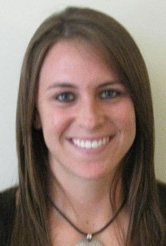 The madness that comes with March is even better than the excitement that surrounds Christmas in December. No gift will ever be as good as watching No. 6 seed North Carolina State defeat No. 1-ranked Houston in the greatest NCAA tournament upset of all time.

Unfortunately, I wasn’t around to watch the Wolfpack inspire even the youngest of basketball fans, but I do remember seeing the magic of March Madness unfold when I was a little kid. I watched my Grandpa Gale fill out his picks in Sports Illustrated. He would watch all the games, marking off which games he chose correctly. It fascinated me, as it should every other sports fan.

The NCAA Tournament is by far the best post-season in all of sports. The NBA Finals take roughly two whole months to determine a champion. Even though I love baseball, a seven-game series gives any team the wiggle room it needs to win if it has a bad game. The bowl system in college football is so corrupt it is almost a joke. Lastly, the NFL lets 12 out of 32 teams compete in their playoffs.

The NCAA Tournament is different. There are nearly 400 Division I basketball teams in the country, only 68 of which get to go to the tournament. From there, it is win or go home. There is no best out of seven. You lose, you’re done. Legends are born, and upsets are solidified in the minds of basketball fans forever.

It starts with dramatic conference tournaments. Teams are fighting for that automatic bid to the big dance. It gives teams who have not had a good regular season record the opportunity to compete in the postseason. This is where the madness begins. Who can forget the game between Syracuse and Connecticut in 2009 that lasted three hours and 46 minutes? Well, Connecticut fans might try to, but anyone else who watched that game from start to finish was consistently amazed.

I remember my mom coming down to the family room and telling me I should go to bed when there was just a little over a minute left in that game. I told her I would when the game was over, and that turned out to be one of the best decisions of my life. Literally. Sure, it was really hard to get up at five the next morning for seminary, but it was totally worth every second of sleep I lost. My mom and I sat there and watched each overtime, screaming at every shot Jonny Flynn, Paul Harris and Stanley Robinson drained — and we aren’t even fans of the Orange or Huskies. It is that excitement, passion and drive to win that leaves you glued to the television when college basketball is on.

When conference tournament champions are crowned, selection Sunday and bracketology become the talk of the sports world. Questions surrounding teams that were snubbed and those that were seeded too high begin to swirl.

Then the real fun begins — the NCAA Tournament. Millions will fill out brackets, even the president of the United States. No other postseason brings friends and families together like a bracket challenge. I do it every year (whether or not BYU is in it), not just because I enjoy the year-long bragging rights I receive when I beat my dad and brothers, but because I love seeing teams that nobody expects, like Butler and VCU, go to the Final Four.

The Cinderella stories and buzzer-beaters create an atmosphere like no other. Last year, I had lunch with my brother, Derek, at University Mall when a crowd of people started to swarm around the Direct TV kiosk during the fourth quarter of the Duke and Lehigh game. People were standing on benches and posting up on shoulders of their friends to watch Lehigh destroy most of the fans’ brackets.

I might be guessing, but I don’t think the first round of the NBA playoffs would essentially shut down a mall. Anyone who came across the crowd stopped shopping, set down their Forever 21 bags and watched as one team took down a powerhouse.

Enjoy this month because it envelops all that a sports fan yearns for. There is no shortage of twists and turns with expectations and exceptions in every round. Defeats and disappointments are pushed aside as hopes and dreams become a reality for one deserving team, whether it is a No. 1 seed or not.

In no other sport’s post-season do Jimmy V’s famous words, “Don’t give up, don’t ever give up,” ring more true than during March Madness.