A monitor that may prevent SIDS in babies; adhesive tape 100 times stronger than duct tape; a monitor that tracks mileage and needed maintenance for a car: these winning products catapulted BYU entrepreneurs to the semi-finals in the Utah Entrepreneur Challenge.

These products were among 30 that were chosen from 121 submissions to qualify for the state-wide entrepreneurial competition – with five chosen from BYU. While the first round of competition required an executive summary that described the company’s history, the product created, the market need, target customers and a business strategy, the next round will require competitors to create a more in-depth business plan and a video to further pitch the idea. That round will determine the top 10 teams that will advance to the final round. The winning team will receive $40,000.

Fiberfix, one of the companies in the top 30, was the winner of BYU’s Opportunity Quest competition, which secured the team a place as a semi-finalist. Fiberfix is a special kind of repair wrap 100 times stronger than duct tape that acts like a cast does for a broken bone. The wrap can be used to repair anything around the house, from plumbing to broken tools, and is waterproof.

“It takes your average Joe and turns him into a repair-man,” said Spencer Quinn, a senior from Chandler, Ariz., and a member of the Fiberfix team.

Fiberfix was launched in October, and the team is in California selling the product. The team hopes the product will enter into an international market at some point in the future.

While Fiberfix won its spot in the top 30, other teams fought for their spot, some even trying a second time. Jordan Monroe, a junior studying business management, is competing with his company, Owlet Baby Monitors, and is participating in the competition for a second time. 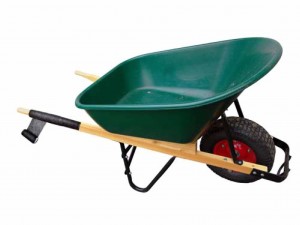 “I participated in the same competition with a different company last year, and it got shot down,” Monroe said.

While last year didn’t work out for Monroe, this year his company had the buzz of BYU backing its product. Owlet Baby Monitors are monitors that keep track of a baby’s heart rate and breathing, informing parents of any irregularities through an app that can be downloaded onto a smartphone. The device to monitor the child’s breathing is contained in a sock so it does not cause discomfort.

The team of five was excited about becoming semi-finalists, but also happy with the performance of the BYU teams as a whole.

“We know that there’s a long way to go still, but I thought it was impressive that BYU had four other companies make it,” Monroe said.

Noah Garret, an MBA student studying entrepreneurship, entered his company, GearHead, into the competition with his friend Justin Kent, who graduated from BYU’s MBA program two years ago. 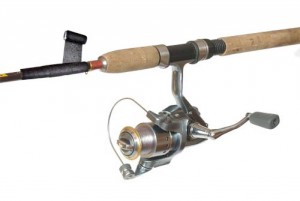 The product doesn’t just benefit car service providers, but car owners as well. Garrett said the problem he and his partner wanted to address is that of people knowing when their vehicle needs maintenance, since many don’t know about all the maintenance a car requires. Staying updated on car maintenance helps maintain the value of the vehicle, which is useful when the owner goes to sell the car later on.

Garrett also said one of the biggest parts about developing a company is correctly identifying a problem potential customers have and then finding a solution to this problem. Another company that does just that is Givifi, a gift recommendation system proposed by Ryan Jenkins, a second-year MBA student from Lehi.

Givifi is an app that takes interest information from social media sources, such as Facebook, and makes gift recommendations based off of this information. Through this, Jenkins hopes to solve the problem many have of buying gifts at the last minute.

Jenkins discovered, when he surveyed 140 people, that only 18 percent of people have gifts ready to give more than three days in advance. He said most people either buy their gifts the day before or the day of the special occasion.

Jenkins hopes Givifi will be able to help people find out what to get in advance, while also giving them gift-giving ideas for family members and friends. Becoming a semi-finalist in the competition is one more step in the process of making this idea a reality.

“In general people say they really like it,” Jenkins said. “It makes me feel good that I’m addressing a problem people feel relieved to have solved.”