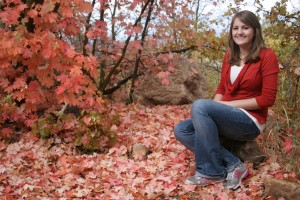 One such person is her boyfriend of eight months, Michael Watson, also a student at BYU.

“I had actually planned on proposing to her this week,” Watson said. “Her family had started referring to me as her fiancé, and that’s actually how I started to think, too. But I never actually got a chance to ask the question.”

Watson knew Carmody for nine months and quickly recognized that she had a special appreciation for life and the gospel.

“When I first met her, she was just so sincere and kind,” Watson said. “She just wanted to go out and help people. She was so outgoing and happy and smart.”

Watson emphasized Sagers’ love of the gospel as a part of what made her such an appealing person to spend time with.

“One of the biggest things I noticed about her was her standards,” he said. “I just thought they were high, and I liked that she wouldn’t compromise those.”

Watson shared an example: when he returned from his mission, having decided not to watch violent movies or PG-13 movies, the feedback he got at the time was that this might prove difficult in the “real world.”

“But once when I started talking to her she said, ‘Yeah, I don’t watch PG-13 movies, I don’t watch anything violent or anything like that,’” he said. “So that just really struck me. Something that I wanted to live when I came home, she wanted to live too.” Watson also said that Sagers didn’t only uphold the big things, but the little things as well.

Kaylyn Johnston, a sophomore at BYU, said she remembers Sagers for her contagious smile and positive attitude.

“Carmody always had a smile,” Johnston said. “She was bubbly, full of energy and, in general, full of life. She had the ability to bring sunshine into a room and was always willing to giggle, laugh and have fun.”

Watson agreed that Sagers was often characterized by her energy and enthusiasm for living.

“She was so happy all the time, and she’d always be outside playing basketball, playing Frisbee, doing a ton of stuff,” Watson said. “Even now it seems to me more that she’s on vacation than gone now.”

Family friends from Germany and New Zealand, classmates, professors – even strangers – have been kind and thoughtful in reaching out to those who were close to Sagers.

“It touches me,” Watson said. “Just living a simple life and trying to do the best she can has touched so many people, and so many people want to help because of that.”