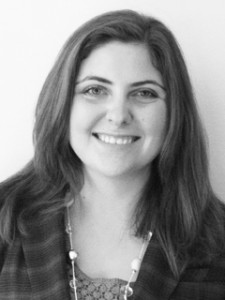 I remember sitting in my political science class during my senior year of high school and listening to a lecture on political campaign strategies.

“Your average Joe having a beer with his buddies at the local bar doesn’t want to hear a politician talking in complicated economic jargon,” my teacher said. “He wants to hear the politician using keywords like ‘abortion’ and ‘values’ that build a strong emotional response.”

His words, which rang true, made me extremely angry. To me, exploiting someone’s dogmatic beliefs for personal gain is criminal.

It can’t be denied, however, that this kind of tactic is effective. Several months after this lecture, President Barak Obama was elected for the first time and the residents of the small, conservative town where I lived were outraged.

My boss at the little pizza joint where I worked told me, “I just can’t handle that someone who believes in abortion is going to be the leader of our country.” He went on and on, completely disregarding the fact that between 2005 and 2007 we had a Republican president and a Republican majority in Congress and no serious attempt was made to overturn Roe v. Wade.

He was drawn in by politicians’ emotionally manipulative keywords.

I’m guilty of this as well. When Obama was running the first time, I was totally bought by his emphasis on “bipartisanship.” Considering how un-accepting that small town was of anyone who wasn’t a born-again Christian Republican, the idea that one group could be accepting of different ideas was extremely attractive to me.

You can imagine how disappointed I was after the president’s first State of the Union Address, which was full of snarky jabs and blame thrown at Republicans.

So here we are now with a Congress full of extremists — the result of our emotionally manipulated votes. I see a Congress determined to make sure the other party doesn’t accomplish any of their objectives. I see a Congress so wrapped up in this goal, that the country and the economy have been allowed to tank, because as long as the other side isn’t successful, they’ve won.

My cynicism has only increased as we’ve begun sequestration cuts because Congress couldn’t figure out how to have a serious discussion about our economy. I’ve lost almost all hope for actual logical work in our government, instead of the passionate and emotionally fueled battle prevalent in Washington.

The amicus brief signed by about 100 Republicans last week that supports same-sex marriage is a conspicuous exception to the otherwise relentless partisan standoff, but even that departure involves politicians and strategists not part of the current Congress.

The action by these Republicans is evidence politicians can act beyond party lines. Still open for debate is whether their departure reflects the courage to stand by their own beliefs, aside from a party platform, or whether it is an acknowledgement of another powerful political agenda.

While I wish I was able to give an example of the partisan-independent mindset in relation to the budget or our involvement in the Middle East, for example, this is hopefully more of the independence we need in elected office. We need people who can break stereotypes and listen. We need people who can stick to their values while working with others who think differently to improve our nation.

Republicans, regardless of their stance on gay marriage, should be proud of their party members who may have shown that they can do what they believe is right and rise above party politics.

This has given cynics like me hope for change. I truly hope that one day we will elect a Congress that can debate and discuss with the objective of improving the lives of those who voted them into office, and 100+ Republicans have let me believe that those people still exist.