The army of youth responding to the missionary age change announcement last October has allowed The Church of Jesus Christ of Latter-day Saints to open 58 new missions throughout the world. 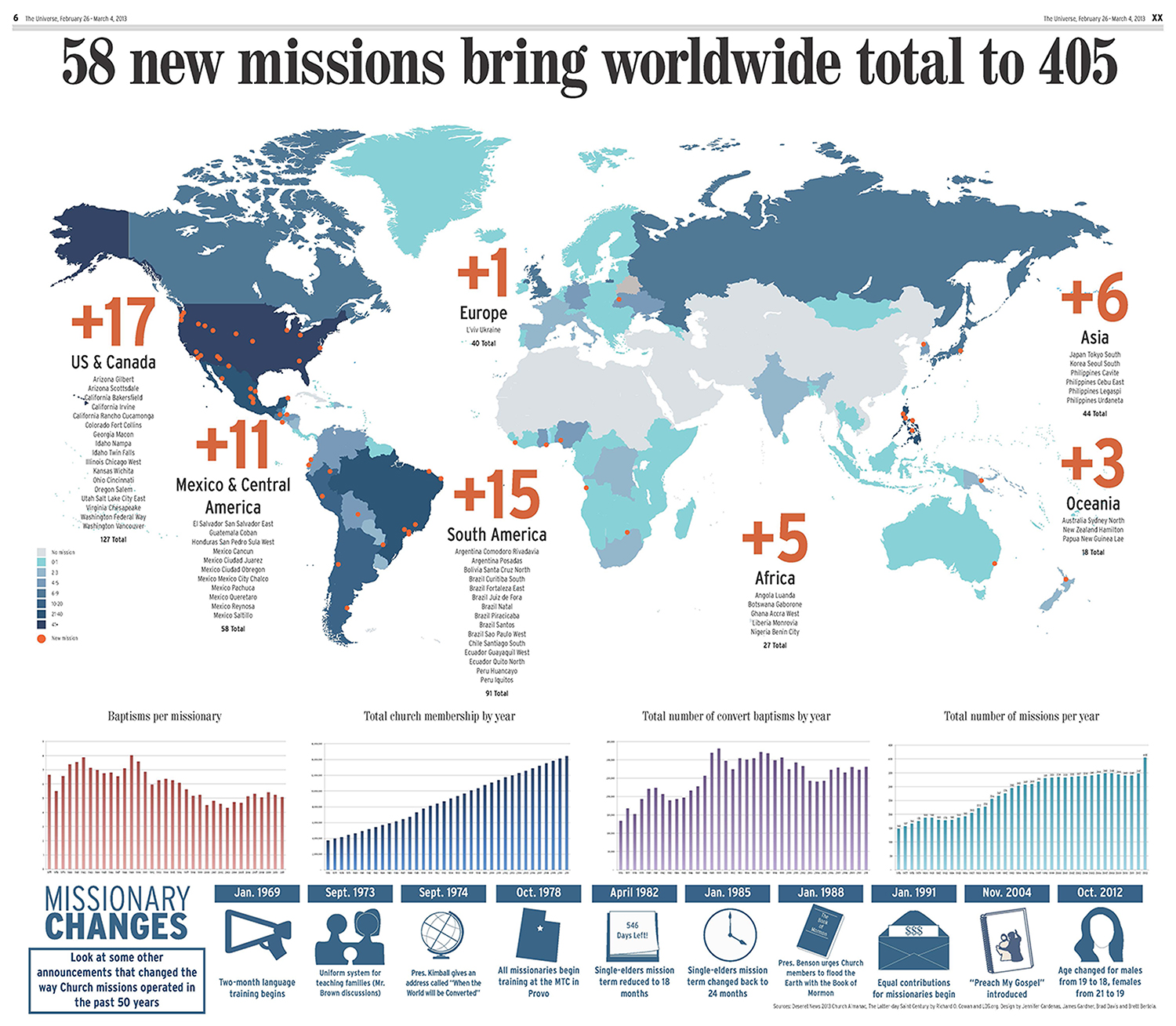 On Feb. 22, the Church announced these new missions would open in July. No new territories or countries will open. The 58 missions announced will be created in existing missions by adjusting boundaries. Opening these missions is the next step of development in accommodating the Church’s missionary force, which is now over 60,000 missionaries for the first time in years, according to the Church’s newsroom.

The Church has been visibly preparing for the influx of missionaries. A new Missionary Training Center in Mexico City will begin operation in July. They are packing the Provo MTC by utilizing all the space they have to house missionaries. A shorter MTC stay has been implemented in order to get more missionaries through the training centers in a shorter amount of time.

Adding 58 missions will increase the Church’s mission count from 347 to 405. These new missions are the next step in spreading the gospel throughout the entire world. The Church is expecting another surge of missionaries this spring following high school graduations. This next wave of mission calls will include the 58 new missions and will accommodate the rush of prospective missionaries.

Several locations around the world will be opening new missions, including eight in Mexico, seven in Brazil, four in the Philippines and five in Africa. Almost one-third of the new missions will be in the United States, including one in Utah, three in California and two each in Arizona, Idaho and Washington.

Skye Herrick, an international relations major from Virginia, served in the Oregon Portland Mission and is excited about the new missions.

“I am so happy that my mission is splitting and more missionaries will be in the field where it’s white,” Herrick said.

Elder Russell M. Nelson of the Quorum of the Twelve feels the members in these new missions are vital to making this missionary force productive.

“We need to be more efficient in the use of these missionaries’ valuable time and service, which means the members, the ward council and the ward mission leaders will have to pull together now, as we make missionaries available to individual units in the Church,” he said in a press release.

Nelson added, “We hope that our ward councils and ward mission leaders will play an active role in filling the daily planners for these missionaries so that they have appointments that are focused, meaningful and relevant to the rescue of less-active members of the Church and their non-member friends and relatives who are right in our midst.”

Richard Bruner, a history major from Highland, sees the Church is making more effective decisions in how to utilize the increase in missionaries.

Elder David F. Evans of the Seventy and executive director of the Missionary Department talked about the missionary surge lasting about three years.

“What we are doing is building and creating missions to what we expect will be needed after the peak part of the surge,” he said in a press release. “So we anticipate not needing to close any of the missions as we go forward.”