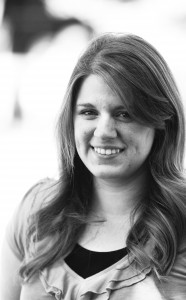 Suddenly perking up at a thought, my friend asked me if she could do a little psychological test on me the other night. You know the kinds of tests I’m talking about, the tests that measure what color type you are or what kind of love you crave. These tests are supposed to tell you what your personality type is and help you to better understand yourself.

I was a bit confused when, in this particular test, there were funny questions about why I chose my favorite color and what my favorite animal was. However, probably the most interesting question was what my reaction would be if I saw a bear in the woods at close range. My answer to this question was that I would freeze, then run as fast as I could in the other direction. Later I found out that the question about the bear was supposed to represent how I would deal with confrontation and conflict in my life.

Upon hearing this I was a bit disturbed. I started to justify in my mind why I would react to confrontation in this way. I thought to myself, “What does that say about me? Do I really avoid confrontation so much that I would run in the other direction?” Unfortunately, if I’m being honest with myself, the answer to that question is yes. I hate confrontation and conflict of all kinds. I would rather not deal with it if possible. However, in life it is not always possible to avoid confrontation. Hence the beginning stages of justification in my mind.

This little experiment got me thinking about the topic of justification. I have yet to meet a person who, at some point or another, did not justify his or her actions. I know I do this all the time, specifically in regard to relationships. I find myself, in fear of what another person’s reaction might be, justifying my feelings away.

But my question is, why do we do this? Why is it so hard to face our true feelings sometimes? I believe that one of the reasons we justify is as a defense mechanism. We are afraid of getting hurt so we put up walls.

In one of my classes the other day we were discussing this topic. As an example, one of the young men in the class raised his hand and said he sees this a lot in dating. He asked how often we see one of our close friends break up with someone and then we hear things like, “Oh don’t worry, he/she wasn’t good enough for you anyways.” I know I have thought that and said similar statements. In the moment I was always thinking, “What’s wrong with this guy/girl that they don’t see what an amazing person my friend is? It’s their loss.”

While on some level these statements may be true in regard to the situation, such is not always the case. Maybe that guy/girl was just not compatible and it had nothing to do with whether or not one was good enough for the other. However, in order to defend our emotions, we justify the situation so we can feel better about it.

In contrast to this dilemma, there is a problem with being too harsh with ourselves. I have seen many people that I love, as well as myself, have a hard time forgiving themselves for actions that in others’ eyes are really not that big of a deal. We need to realize at times that as human beings we make mistakes and that we should not beat ourselves up about the mistake but recognize the problem, learn from it and then make a goal to do it better the next time.

There is a danger in either problem — justifying all your problems away or being too harsh and not being able to forgive yourself for the mistakes you make in life.

As hard as it may be to face up to our issues, it is an important part of life that we conquer in order to grow into something better. We just need to make sure that in the process we recognize that we are not perfect yet, and be patient with the road to achieving that perfection.