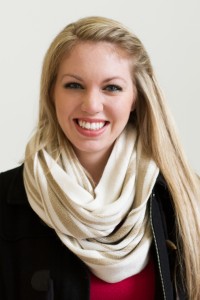 Winter semester can put people in a lull. Christmas is over, and the next break students have to look forward to doesn’t come until April. This season is also notorious for mailboxes packed with wedding announcements and bridal shower invitations.

For most girls, receiving a wedding invitation in the mail is a subtle reminder that they will always be single. The only thing worse than receiving a plethora of invitations is having an engaged roommate. For those of you currently in this situation, you know what I’m talking about.

When I told my editor that one of my roommates was engaged, his immediate reaction was sincerely apologetic. All I could say was, “Eh, I’m used to it.” Why? Because in my three years at BYU I have had 27 roommates, 24 of whom have become engaged and then married. Mind you, this does not include siblings and close friends that have gotten married since I started college. So yes, I am used to it.

Curious how this is even possible? Let’s do the math. Freshman year I moved into an apartment with five other girls; at the end of the semester, four of them got married, moved out and were replaced by four new ones. By the end of the next semester, all five of my roommates were engaged and moved out, and the cycle has continued throughout my time here in Provo.

I used to joke with friends and classmates that if they ever decide they want to get married, to just move in with me. It’ll happen. I guess you could call me a good luck charm when it comes to things like that.

Many people get the impression that I have something to do with my roommates’ relationship success, but I don’t. Personally, I don’t date. Between school full time and work full time, I barely have time to eat and sleep. If I can hardly keep my own life going, there is no possible way that I have time to play matchmaker with every girl I have ever lived with.

For those of you irritated with a “bridezilla” for a roommate, I have you beat. I have been through it so many times that it doesn’t even faze me anymore. However, as irritating and frustrating as it has been to deal with engaged roommates, boyfriends, weddings and fiancés, I have learned a lot through my experiences.

First: It’s okay if marriage is not a number-one priority.

Especially at BYU, marriage is always on the mind. In a study conducted at BYU, 95 percent of students ranked marriage as a top priority, second only to a close relationship with God.

With such an emphasis and focus on marriage at BYU, many students fall into the common misconception that if they are not actively dating or preparing to get married there is something wrong with them.

I have had roommates who have postponed graduation an entire year because they were not married yet. In their minds, their time at BYU could not be counted as a success unless they left with a man.

This mentality is completely foreign and borderline comical to me. My priorities are more focused on my education and future career. It is easy to question your goals when it seems like everyone else has different priorities. General Authorities have stressed the importance of marriage in CES firesides and General Conference, but they have equally stressed the importance of gaining higher education and pursuing careers. Just remember that both are good. Different, but good.

In the world today, divorce rates are increasing, even among members of the Church. It is especially heartbreaking to see young marriages fall apart so early in the relationship. From an outside view it is easy to think that all marriages are doomed to fail from the start. However, that is not the case. The truth is, marriages require a lot of mutual toleration, but it’s those experiences that make them work. Yes, divorce does happen and, yes, those rates are increasing. However, it is important to remember that there is an even larger percentage of successful marriages in the Church.

Let me just say, I have never been a romantic. I would much rather watch an action thriller than a chick-flick. I don’t like mushy stuff, and I can almost go as far to say that I don’t believe in it. However, after seeing how much happiness my roommates’ relationships bring, I have learned that I actually do believe in true love. Just because you haven’t found love yet, doesn’t mean you won’t ever get it.

Word to the wise: Be patient and don’t start collecting cats just yet.

Opinion: The Star Wars prequels are the best trilogy in the series

Opinion: We are all more than the way we look

Readers’ Forum: Executive action on student loan relief would be an abuse of power