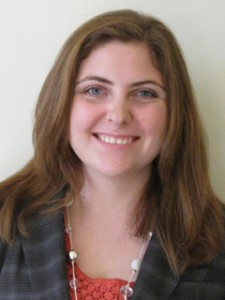 A few weeks ago I was going about my business in the newsroom when I got a text from my mom.

“An LDS guy won the Medal of Honor.”

I immediately began to research the story so we could publish something on The Universe website. As I searched, I found details of the award.

The recipient is Staff Sgt. Clinton Romesha. His actions on Oct. 3, 2009, earned him the highest award for valor in battle when 300 Taliban fighters attacked the outpost where Romesha’s unit (about 60 U.S. troops) was stationed. The battle lasted 12 hours. Romesha spent most of the battle moving under intense fire, directing men and helping the small band regroup. He also managed to neutralize a Taliban machine gun team. While attempting to take out another team, he was wounded in the neck, arms and shoulder by shrapnel after a rocket-propelled grenade exploded nearby. Romesha continued to fight and directed air support. Only eight U.S. troops lost their lives during the fight.

This battle was chronicled in “The Outpost” by Jake Trapper. A passage from the book answered the question concerning Romesha’s activity in the Church.

“His parents had hoped he would follow his father into the church leadership, and Romesha had in fact gone to seminary for four years during high school — from five till seven every morning — but ultimately it just wasn’t for him. He didn’t even go on a mission, a regular rite for young Mormon men. Romesha was better suited to this kind of mission, with guns and joes under his command.”

Automatically, for one brief moment, my heart sank with disappointment.

This moment was followed by a deep feeling of shame. This man won the Medal of Honor, an award received by few, most of whom die earning it. Yet, here I was belittling a recognized war hero simply because his choices differed from what we are taught to do in church.

Why do we so quickly look down on those who chose a different path in life than the traditional LDS one? Does this decision really negate any good that person has done, or will do?

We tend to push away those who have connections to the Church but, like Romesha, decided it wasn’t for them.

It has been almost exactly a year since the day my dad told me he didn’t believe the LDS Church was the one and only true church on the earth.

This didn’t change the way I felt about him; I don’t think there is much my dad could do to make me stop loving him. However, this was still a really hard time for me. I spent much of 2012 praying, studying and trying to figure out what to do with this information.

In the end, I came to one conclusion: the fact that my dad no longer sees the Church as 100 percent true does not change the fact that he is a good man.

He has served in Iraq and will be heading to Afghanistan in the next month. He treats everyone with kindness and respect and teaches his children to do the same. He has a strong and loving relationship with my mother. He doesn’t hate the Church or its members. He has never stopped encouraging me and my siblings to make our own decisions about faith. Our family has continued in happiness and love.

This cannot be said for all of my relatives. Some of my dad’s family have all but disowned him after he had an honest conversation with them.

As I came to accept and respect my father’s decision, I began to rethink the way I feel about friends who have left the Church. My initial reaction has always been to distance myself from those who seem to have lost their faith. But to push away and belittle others’ spiritual transformations is not what I believe Jesus Christ would have done.

As I have adjusted the way I treat others who have chosen a different path, I have found myself becoming a more loving and Christlike person.

Many of you will disagree with this idea, and I don’t blame you or even believe that you’re wrong. This is where my own personal experiences have led me. Doubtless, many will have experiences that caution against what I have said.

I simply hope you will consider your reaction to this kind of news. Despite my experience, I still automatically reacted with disappointment to Romesha’s story. It happened before I even had time to think. Try to remember Staff Sgt. Clinton Romesha, who showed that you could leave the Church and still be selfless and heroic enough to be awarded the Medal of Honor.