A new exhibit featuring four Democrats and four Republicans will display politicians who have visited BYU campus. The exhibit will precede the 2013 presidential inauguration, which will take place on Monday, Jan. 21, to inspire visitors to become actively involved in the political process.

This exhibit is unique from other exhibits because of its political theme. Marie Bates, gallery educator and BYU student, who helped curate the exhibition, said that mentioning politics is brave, especially with the Church’s stance on political neutrality.

“The Church is politically neutral but still encourages its members to be active in the political process,” Bates said.

During summer Bates started researching the famous politicians who had visited BYU campus. The designer of the exhibition, Dan Shirley, a junior from Massachusetts majoring in industrial design, began designing the exhibition at the end of the summer summer and just recently finished the project. The color theme of the exhibit is red and blue, two colors associated with the different party affiliations. The layout design consists of nearly nine puzzle-shaped pieces all slightly separated from each other.

“The different color blocks interlocking, as well as the shapes of the photos and labels, was with the intention of reflecting the political and diverse makeup of the U.S.; though everyone is a different and unique part they make up a unified whole,” Shirley said.

“One of the beauties of the American government is that you have the ability to make a change,” Shirley said. “We can exercise our agency to make change.”

Heather Seferovich, curator of the Education in Zion gallery, said there were three reasons she chose politics as the exhibit theme.

“First, the 2012 political campaign made the topic timely. Second, I hoped students would see that university officials, as well as Church leaders, have long been encouraging students to study the issues, listen to the candidates, and then make informed decisions when they vote. Third, the guests who come to campus are often relevant to a variety of disciplines and they are always very accomplished in their particular fields, so their examples can teach us different ways of positively impacting the world in which we live,” Seferovich said.

According to Bates, the Education in Zion Museum hopes that the rotating exhibit will draw in a variety of visitors who normally might not come in. The exhibit will run until the end of winter semester. 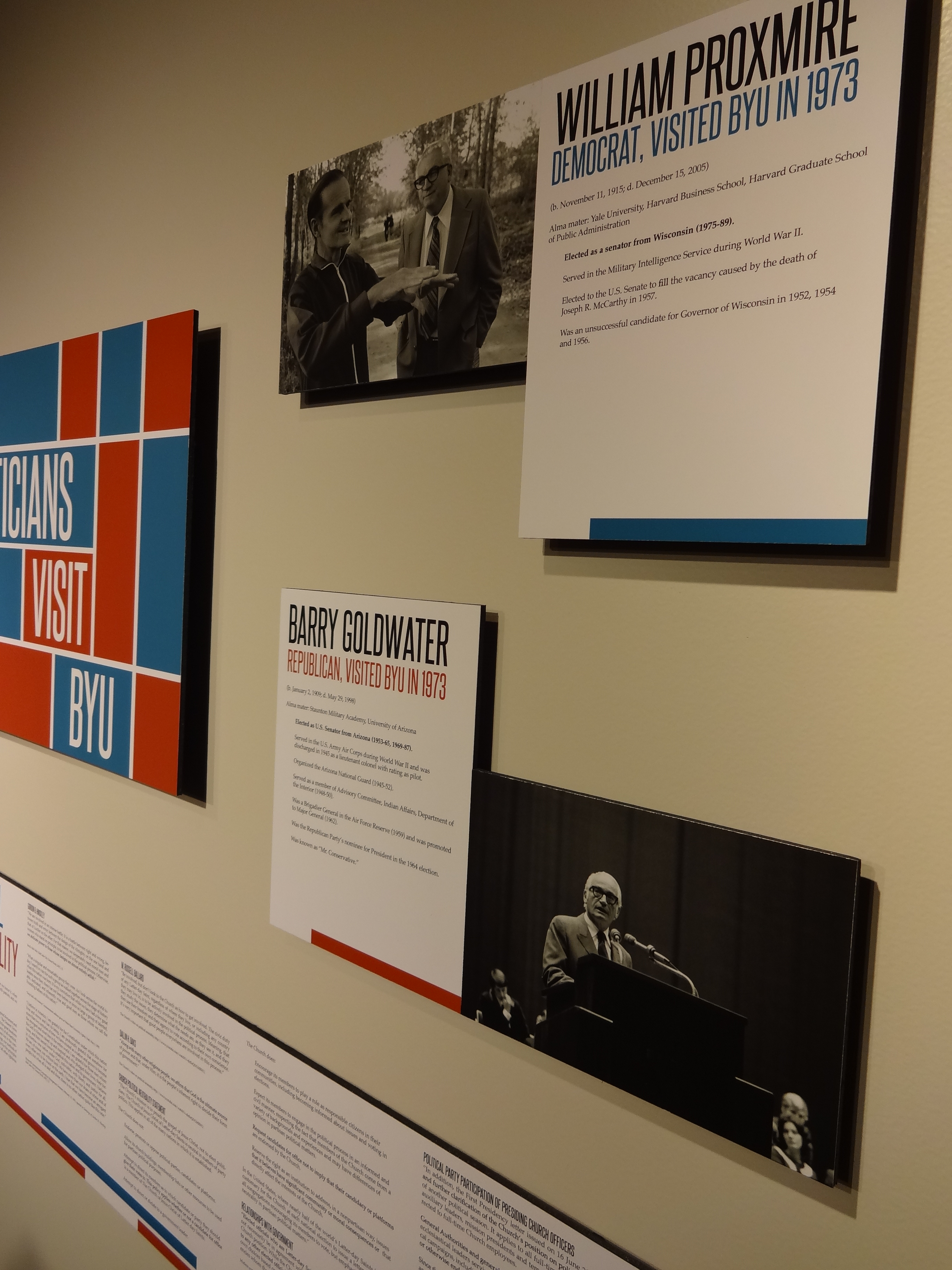 Minister and social advocate calls for a ‘moral revival’