BYU students woke up on Nov. 9 and trudged to class in the snow, studied and took tests, sword fought, got engaged, visited The Dome of the Rock — and took pictures.

The Universe’s project, “A Day in the Life at BYU,” invited all students and faculty to send in pictures of a day in their life, and the response was overwhelming. 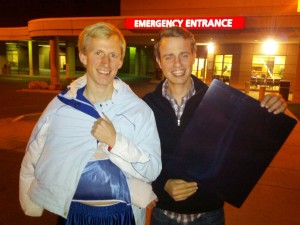 Steve Fidel, director of The Universe, came up with the idea for the project months ago and was pleased with the final results.

“We really created a spontaneous yearbook in a day,” Fidel said. “Faculty members will often ask me why we don’t cover something, and it’s because we just didn’t know about it. This gave different departments a chance to show us what they do. Now that the project is over, we are thinking of doing a ‘best-of’ competition, where students can vote on their favorite picture.” 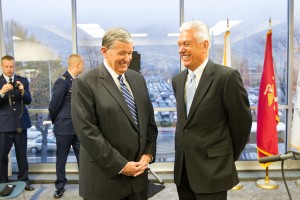 The photos were uploaded to The Universe website to show a typical BYU student’s day, minute-by-minute. Students sent in pictures of their day on Nov. 9, and other pictures are continuing to trickle in from that day. Some students sent in as many as 30 pictures.

Bobby Swingler, the web developer for The Universe, said photos were uploaded to the site as they were received.

“There was a point where we were receiving a photo a minute,” Swingler said. “We eventually received over 600 photos, and if you look on the site there are photos just seconds apart. We’ve been preparing since the beginning of the semester for this.”

There were several events on campus that provided creative subject material for the project: the first snow of the season, a men’s basketball game and an ROTC event honoring President Dieter F. Uchtdorf were all captured on camera. 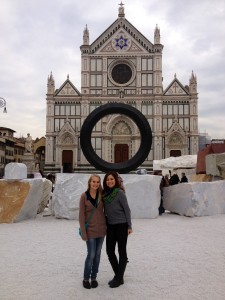 Kristina Smith, web content manager for The Universe, promoted awareness of the event throughout the campus community.

“We really wanted as much participation as possible,” Smith said. “We wanted to approach it from as many venues as possible so that we could get creative material.”

The project took the BYU motto “The World is Our Campus” to heart. BYU students sent in pictures from their study abroads and internships all over the world.

“We had no idea how it was going to go, but we got such a wide variety of pictures, even from different countries,” Mann said. “We made physical flyers and put those all around apartments down in south campus and passed them out in the Wilk. Then we also did a lot of stuff online, including a YouTube video to promote the event.”

Students and faculty can still submit their pictures taken on Nov. 9 to  to be part of the project. The “Day in the Life at BYU” project photos can be seen on The Universe website, universe.byu.edu.