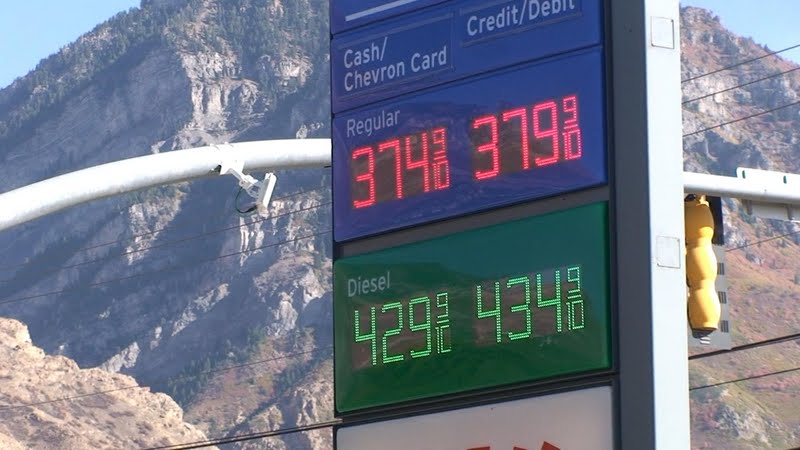 Provo—In light of California’s gas prices reaching a record $4.65 per gallon, Utahans are becoming concerned about what will happen to prices here, and when.

There is a common misconception that Utah gets its oil from the Saudi Arabia, but in reality, most of it is imported from neighboring states, and none it comes from the Middle East at all. Many also mistakenly blame oil’s origin as the cause for high prices, but experts say this has little to do with what we pay at the pump.

BYU Geology Professor Thomas Morris commented on the fluctuation of prices from state to state and its primary causes. “If you look across the United States, oil and gas really don’t change all that much, other than the local and state taxes. That’s what causes the great fluctuation more than what the price of crude [oil] is,” Morris said.

State regulations, combined with local supply and demand, are the primary determinants for gas prices in Utah. Although increases inconvenience consumers and often hurt businesses, the state of Utah is actually below the national average. Utah ranks 18th lowest gas prices, according to this morning’s AAA Daily Fuel Gauge Report.

Experts like Dr. Morris say that as the United States slowly transitions to natural gas and other forms of alternative energy, demand for fossil fuels will decrease, causing gas prices to drop.