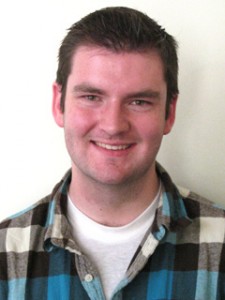 It’s that time of year when decisions are assaulting us from all sides. Some are bigger than others, like career paths, job opportunities, or whether or not to buy that awesome electric griddle at Smith’s. (Which, by the way, I highly recommend, best investment ever.)

But believe it or not, there are more important things in this world than pancakes. Many at this campus now have not only the opportunity to serve missions at an earlier age but also to vote for president for the first time. Both of these are extremely meaningful decisions. Peers are certainly an influence in decision-making processes, but they should not be the main catalyst.

In case you live under a box, have a flying Delorian and just appeared from 1985, or both, the media has been dumping on the attacks during this year’s presidential race. It can be difficult to make such an important decision when it sometimes looks like both parties will destroy this country while blaming it on the other guy. And then who can you trust for this country? Green Party? Yikes.

When in these moments of fear and media overload, our friends and family try to convince us in oh-so-many ways that you should basically follow the crowd, because that is the status quo.

For example, most LDS church members are conservative. There is nothing wrong with being conservative or liberal. However, that does not mean that you should support Mitt Romney just because he is a Mormon. Politics and religious views aren’t the same, and I promise victory brownies will not be doled out in Sunday school on Nov. 11 to his supporters if Romney wins. Hopefully.

Voting for Pres. Obama because he’s black or because he appeals to the younger crowd also is also a form of caving. I’m still in awe at bumper stickers that read, “I’m black, and I don’t support Obama.” That shouldn’t be a big deal. When people vote for Obama because of his race, that is inherently racist, a problem I thought this country was trying to distance itself from.

Many have adopted the mantra of not voting period. But a vote for either side does not go unheard. By not voting,  you’re giving up a basic constitutional right that people in other countries still die for. So what if you’re in a red state? Or blue state? Go do something about it.

I politely refuse to address who I’m going to vote for this year, because that’s not the point. The point is making decisions on your own and not just voting for someone because your parents or your friends are. We have the God-given gift of agency; we need to use it.

President Thomas S. Monson’s historic announcement this past weekend was thrilling. I was so excited to hear him say men could serve missions at the age of 18 and women at 19. That is such an amazing sign of missionary work hastening. And I loved to hear how many people literally jumped at the opportunity to serve missions.

But then a thought crept into my mind. I knew peer pressure would soon be mounting upon this younger crowd of prospective missionaries. I understand there are some who truly want to serve a mission earlier, and I respect them ever so much for that.

But there are some who don’t want to serve earlier. Or can’t. Or shouldn’t. I, for one, know that I would not be ready to serve a mission at age 18. I was at age 19, but it was because I prepared myself. Obviously I had help from parents and leaders, but the final decision was all mine.

Caving to the direction of our peers makes us no better than the kids outside high school who play hacky sack and smell like weed 24/7. They caved to peer pressure. Yes, the results are different, but the means of getting there are the same. Your opinion in the matter becomes removed when you give more heed to others than to yourself.

Making important decisions because of peers is a result of apathy and ignorance. Come to your own conclusions.

But do so knowing that it is your decision. Only you can make your own decision.