In the past month, The Church of Jesus Christ of Latter-day Saints caused commotion by clarifying a statement made in The Word of Wisdom related to caffeine, and said its usage was not prohibited by the church. Although within Mormon culture it has often been considered against The Word of Wisdom to drink Coke, Pepsi or other caffeinated beverages, the statement led members to assume that it was actually acceptable. 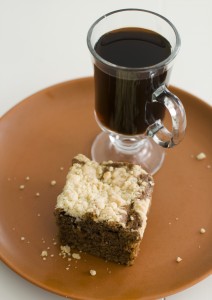 [/media-credit]Although within the Church caffeine is no longer seen as prohibited, there is one caffeinated beverage that will likely never be allowed: coffee. And perhaps for a good reason.

A recent study has shown that the consumption of coffee over periods of time is linked to vision loss and even blindness. As a result of the study, those who drink coffee have been cautioned to limit their intake.

According to the study published in the paper “Investigative Ophthalmology & Visual Science,” excessive consumption of caffeinated coffee is “associated with an increased risk of developing exfoliation glaucoma, the leading cause of secondary glaucoma worldwide.”

[pullquote]The data showed that the more coffee a person consumed, the less likely he or she was to die from a number of health problems, including diabetes, heart disease, respiratory disease, stroke, infections and even injuries and accidents. -The New York Times[/pullquote]

Although this does not discredit the previous study, there are skeptics regarding each argument, and there is not yet any clear evidence supporting either viewpoint.

For members of the LDS faith, the prohibition of coffee is not as clear as the caution against drugs and alcohol, because there has not yet been any solid evidence of its harmfulness on the human body. Though it is unlikely that the study will actually influence coffee drinkers to decrease their consumption, for Mormons, it is one more piece of evidence for a difficult-to-explain commandment that they continue to uphold.