As wildfires ravaged Colorado this past summer, Kelli Ehardt decided she wanted to help the firefighters putting out the fires. She designed shirts that her family sold in a store to support the local firefighters.

Coming up with ways to make money without having a job is something Ehardt, a senior from Colorado Springs, Colo., has lots of experience with.

“It makes you feel resourceful,” Ehardt said. “Sometimes I think it’s frustrating because sometimes I would rather just have a job which I know is a set income, but at the same time I’m not tied down to a job and I can kind of work when I can and do what I can.” 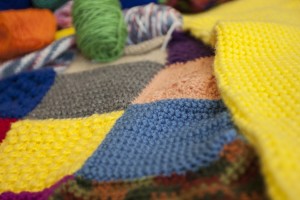 Ehardt designed different shirts in support of the Colorado wildfires. One had an outline of a firefighter with all of the major fires in Colorado inside the figure surrounded by the words “Pray for Colorado.”  All proceeds from this shirt went to the Cascade Volunteer Fire Department, the first responders to the Waldo Canyon Fire.

This shirt is only one of the shirts Ehardt has designed. She has designed several other shirts, such as shirts for Vaulter magazine and shirts for high schools in the Colorado Springs area. She estimated she makes about $1 to $3 per shirt sold and hopes to start doing designs for BYU intramural teams.

Bryan Ray, a junior from Atlanta, Ga., made money without a job by donating plasma twice a week for almost a semester.

“I came home from my mission and my mission had exhausted all my funds,” Ray said. “I came to BYU with nothing but a penny in my pocket.”

Without a car, Ray found it hard to find work. He decided to make money by selling plasma and started going to the plasma center twice a week.

“Things were going good,” Ray said. “I actually stopped looking for a job because I was making $80 a week selling my plasma.”

Even though Ray enjoyed the money from plasma donations, he noticed it was taking a toll on his health. He said he was tired and cranky. When Ray got shingles, he concluded it was time to stop selling plasma and he found a job.

Despite Ray’s experience, he said he would still suggest the idea of donating plasma to his friends who are short on cash.

“I would recommend it highly if you take the precautions to not do it twice a week for an extended period of time and make sure you are eating lots of protein,” Ray said.

Bret Anderson, a junior studying computer science, originally had the plan of finding a part-time job this semester but found within the first week of school that his class workload would not accommodate a job.

To make extra money, he decided to sell homemade crochet crafts on the website Etsy. Anderson found Etsy while browsing the Internet.

“It’s like eBay but you can only put up vintage stuff or stuff that you’ve made yourself,” Anderson said.

Anderson is going to start selling scarves, hats, dish rags and other crocheted projects on Etsy for prices ranging from $3 to $15. Anderson does not recommend selling items on Etsy as a sole source of income but thinks it is a good way for students to make extra money.

“It allows you to, if you enjoy making things, do something that you like and make money doing it,” he said.

Utah comes second in the country for the most Christmas spirit