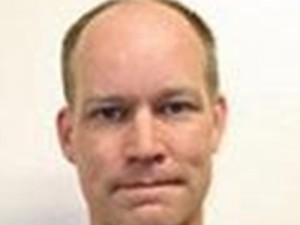 tor David R Hillam was released yesterday on a 10,000 dollar bail after his arrest on Monday for showing patient sexually explicit videos of himself. Hillam practices at the Parkway Health Center practicing family medicine.

Tina Woodward started seeing doctor David R  Hillam more than a year ago and her dad started even before that.

“He is very thorough I guess I could say,” Woodward said.

Hearing that her family doctor was arrested Monday came as a complete surprise; she says she never had any questionable examinations.

“I was shocked…he doesn’t seem like the type of person who would do that,” Woodward said.

Two weeks ago a 60 year old woman reported to Orem police that Hillam had shown her x-rated videos from his cell phones that were sexual in nature during an office visit. Orem police investigated and say the woman had got more than ten unnecessary vaginal examinations in the last year.

“If you are going to the doctor and you think something is not normal and you go in because your arm hurts and you end up getting a vaginal examination, you should question that,” Sergeant Craig Martinez said.

Woodward says these accusations would not stop her from seeing doctor Hillam.

“I would still consider going back to him,” Woodward said.

Sergeant Martinez says the Utah County Attorney will file charges in the next week, and that this is a rare event.

“Doctors generally can all be trusted  and are all very hard working smart men and women.”

This is the first count on Dr. Hillam, and is only the second report on patient- doctor crime in many years.

Hillam has agreed to suspend his medical license during the investigation.