When a missionary steps off the plane, he is greeted by more than just the loving arms of his family. He steps into a world he has been unfamiliar with for two years — the world of media and popular culture.

This is an adjustment that all recently returned missionaries of the Church of Jesus Christ of Latter-day Saints have to make.

Before his mission, Cecil Rice described media as an important aspect in his life. Music, movies and sports were always an outlet for entertainment, and they certainly kept him busy.

“I lived through the media, especially during March Madness,” Rice said. “I watched SportsCenter all the time to check the scores. If I couldn’t watch TV, I turned to the Internet or my friends texted me. From season to season, actually, no matter the sport, I was like that.” 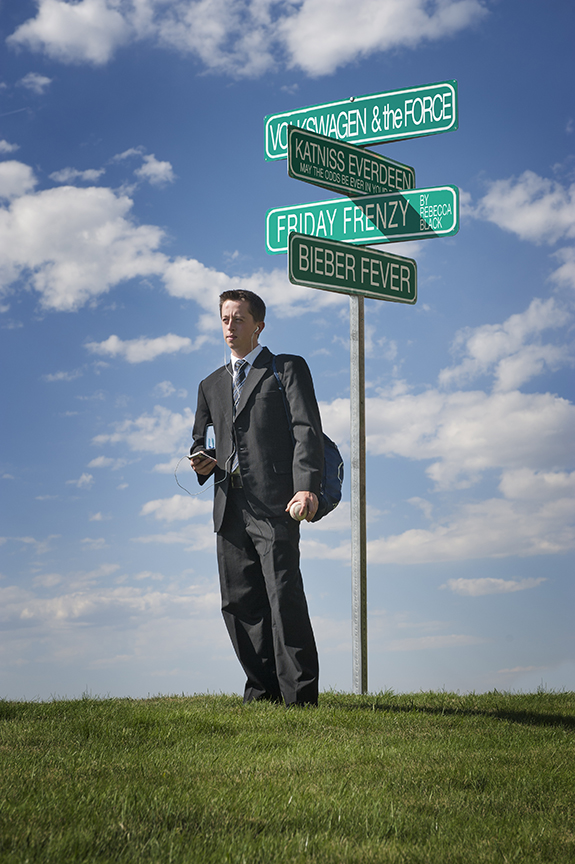 [/media-credit]When he opened his call, his obsession had to end, at least temporarily. Rice was called to serve in the Texas Dallas Mission, Spanish speaking. He had to say goodbye to family and friends, as well as to a social network of connections, entertainment and trivial information. The doors to the Missionary Training Center represented a passage into a new way of life — one without the luxuries of media and popular culture.

“I was shocked when I entered the MTC,” Rice said. “Just because I knew I couldn’t access it, didn’t mean that the interest had suddenly dissolved. It was still there, and I had to go cold turkey.”

Gradually, Rice became accustomed to his missionary life, but that’s not to say it didn’t lack hardships. Serving in Texas, Rice explained that sports are everything there. Rice not only served during the World Cup, a vital occassion in the Spanish-speaking community, but he also served when the Dallas Cowboys hosted Superbowl XLV. Rice described the phenomenon as being like a child taunted with candy.

Rice said the adjustment was gradual when he came home. During his mission he had gotten used to the separation from media and the sphere of popular culture. Updating his Facebook status was not first priority when he got home; spending time with his family was. The maturing process missionaries undergo included a new attitude toward media and popular culture for Rice. The shock, combined with the lack of perceived necessity, inhibited him but it did not prevent him from getting back into the swing of things. The longer he was home, the easier the adjustment and transition period became for him.

“I still loved playing sports,” Rice said. “But I had become accustomed to not watching them, so I just didn’t. I felt disgusted with myself and felt there were other more important things I could be spending my time doing.”

Though he became comfortable watching sports again, it was not up to the same level as he had before his mission. The other facets of popular culture and social media also began to again take their place in his life.

“It was weird feeling out of the loop,” Rice said. “It was depressing because I didn’t know anything. For instance, in music there was suddenly this new thing called ‘dub-step,’ which had never existed before. People called me an old man because I was still rockin’ out to my old stuff.”

Transitioning from a 0 to 60 mph world of media is not something unique to Rice. Sophomores Preston Alder and Brandon Richards recently underwent similar assimilating experiences.

“The biggest change I saw was in technology,” Alder said. “I was amazed at everything you could do with a phone. I didn’t touch a dollar bill for weeks after I got home because everything was on credit.”

Alder served in South Africa, and Richards served in Paraguay. Coming home for these young men was an out-of-this-world experience, culturally speaking. Once they had thought the adjustment to living in underdeveloped countries would be tough, but coming home and adapting to the tumultuous world of Bieber-fever, emailed receipts and superhero frenzy was comparably harder.

“Maybe when I’m home for a little longer it will be easier,” Richards said. “But my view of the world has changed. I feel foreign in my own country.”

For them, it’s all about finding a balance. Before they left, popular culture and the media served as escape outlets and weighed so much in their social lives. Now they want to continue incorporating the standards and lifestyles they established while out in the field, but they also don’t want to be left behind.

“I had to force myself to take the initiative back into media,” Richards said. “The desire was there, but the necessity isn’t. It’s all about prioritizing.”