One night as she was getting ready for bed, Jessica Day George had a moment of inspiration as the first line of her new book suddenly popped into her head. She found a piece of paper and wrote down the potential first line.

Emily Wing Smith’s book did not come to her in one night; rather, it was a 10-year idea that recently came to life.

George and Smith, both BYU graduates, qualified as finalists in the 2011 Utah Book Award. The winners for 2012 will be announced on Oct. 5.

Smith qualified with her young adult novel “Back When You Were Easier to Love.” The book is about a girl named Joy, who moves to a small town in Utah during her senior year of high school. The only thing that feels comfortable in her new town is her boyfriend. After her boyfriend dumps her, leaving without telling her where he is going, Joy’s journey of trying to find him and get him back begins.

The book draws on Smith’s personal experiences. Smith moved to Centerville before her junior year of high school and experienced a bit of culture shock because of the higher concentration of Latter-day Saints. Smith estimated 97 percent of her student body was enrolled in seminary. 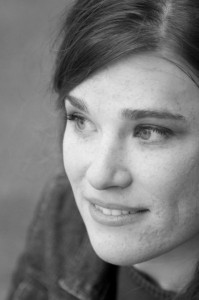 [/media-credit]”Everyone had the same beliefs, but I found the culture to be kind of cheesy,” Smith said. “I felt like a lot of this stuff doesn’t have to do with what I believe as a member of the Church. Can I still be a good person and not be interested in going to Super Saturday and other, kind of odd, Utah events?”

Smith said these experiences paralleled those faced by the character Joy.

“Joy struggled with her religion and the culture with it versus her faith, which was something that was very important to me,” Smith said.

“I think she’s got a real eye for what teenagers go through today, where religious and moral values are being tested to the limit,” Sorensen said. “I was proud of her. I interviewed her for that column and said that I thought it would be worthwhile for her to talk to young women in the Church because so many of them are being pulled to attractive men who are not worthy of them, and in (the book’s) case, the young man is not (worthy of Joy).”

George qualified with her children’s book “Tuesdays at the Castle.”  The book is about Princess Celie, who lives in a castle that is alive.

“The castle chooses who the king will be; the castle adds new rooms; the castle can suck people out a chimney and shoot them out into the haystack behind the castle,” George said. “The castle loves the princess so much that when people attack the castle it works with her to try and fight them off.”

One of George’s challenges while writing the book was making it for a children’s audience.

“This book is for younger readers than I usually write for and so I had a hard time deciding how much peril would be too much peril or not enough,” George said. “How much danger could Princess Celie be in before it could be too scary?”

Despite the challenges, George said she is thrilled to be a finalist in the Utah Book Awards. 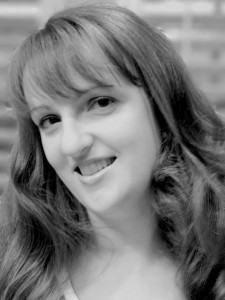 [/media-credit]”I am excited, and honestly I want to win,” she said. “I have been nominated almost every year since I got published, but I’ve never won.”

“By the end of the first paragraph I knew that I needed to get this book in the kids’ hands,” Madsen said. “It’s really important that kids want to read the books and that they’re exciting by the beginning.”

Rachel Birch, an avid reader and mother of two, read the book with her 6-year-old daughter.

“It is a delightful book for princesses of any age,” Birch said. “The main character is spunky and fun. She has a special relationship with her siblings and with the castle that everyone wants to have with their family.”

The TikTok trap: How the app fuels body dissatisfaction