Season 14 of BYU Archive Film Series, starting Sept. 14 in the Harold B. Lee Library auditorium, will showcase rare classic American films that have impacted the American movie culture for decades.

James D’Arc, curator of the film and music archive and BYU motion picture archive, explained the unique viewing experience while watching one of the American classic films in their original form.

“We replicate the environment in which they were meant to be seen,” D’Arc said. “They are designed to be seen by an audience in the dark otherwise they won’t make an impact … this is a group, communal event … people come here for the new experience that’s there when they come.”

The film and music archive of the L. Tom Perry Special Collections houses and preserves not only vintage film strips, but also the original prints of storyboards and scripts donated by the actors, directors and filmmakers of the great American classics. 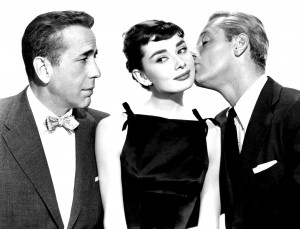 “We started collecting 16 mm motion picture print of a particular film and as these titles mounted in our collection over the years, I tried to figure out what kind of venue can we create so that people can see them, more than just scholars,” D’Arc said.

After the auditorium in the library was fitted with a film projector, the first film to be shown in January 2000 was Jimmy Stewart’s “Broken Arrow” which was donated by Mr. Stewart himself.

Andy Mickelson, a student reference assistant majoring in ancient and near eastern studies, described one of the rarest items stored in the special collections.

“One of the most valuable items we have is the original score of ‘Gone with the Wind’ as part of our Max Steiner collection, with his original pencil markings,” Mickelson said.

Max Steiner composed the music score for iconic movies such as “King Kong” (1933), “Little Women” (1993) and “Gone with the Wind” (1939). The film and movie archive also holds original manuscripts from filmmakers Howard Hawks, Cecil B. Demille, Henry Koster, Merian C. Cooper and more. These original manuscripts are available for specific research purposes only.

With the opening of the archive film series season this semester, many students are excited to view the films. Melissa Richardson, a psychology major and film enthusiast, looks forward to seeing “Sabrina,” starring Audrey Hepburn.

“These old films are not readily available for rent like in a RedBox, but are valuable today because they are the classic foundations of the film industry that we have today,” Richardson said.