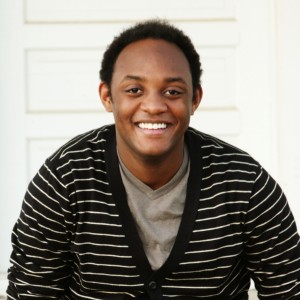 According to recent litigations Samsung users are really just jealous that Siri isn’t in their pocket.

Not quite satisfied, Apple filed an injunction to have eight Samsung devices, including several variations of the Galaxy S II and the Droid tablet, banned from the U.S. market.

This could mean a lot fewer phone choices for folks who claim Apple is rotten; and a lot more snide comments directed at those of us who love our iPhones.

Whether you’re an Apple user or not, you have to wonder — If Apple products are so subpar why would Samsung, or anyone else, copy them? No one wants to rip off a second hand product. There’s a reason that Samsung implemented double tap zoom and rounded corners — Apple products have great features and Apple products sell.

To me, this whole case is analogous to the real world relationship of iPhone users and (cough cough) everyone else. No one really hates Apple products, everyone is envious of them. Think about it, most people who say “I hate iPhones” usually say something like “Plus, my phone does the same thing anyways.” People just want to be in the club.

When you buy an iPhone, or any other Apple device, you’re not just buying a piece of technology; you’re buying a lifestyle.

Every piece of Apple tech I have is connected. My MacBook Pro, AppleTV, my iPhone — they all work together as one super device to bring me joy. Siri is the perfect secretary who never questions me. If I take a picture on my phone –poof– it appears on my computer. From my phone I can control the iTunes library on my computer and choose to play music or movies on any airplay device in my home. No longer do my friends have to hover over my shoulder to watch my favorite YouTube videos; I can just stream them to from my phone to my AppleTV.

It’s true, many, but not all of these features are available Samsung users via third party Android apps but how reliable are they? Unlike the Android operating System used by Samsung phones and tablets which was developed by Google, Apple creates all of its software in house. Each new version of iOS is created specifically for the iPhone and the iPad and designed to work perfectly with Apple tech.

Let’s face it. The people at Apple know how to make a great gadget and they are pros at software design, that’s why other companies try to copy them. But a copy will never be as good as the original.

When it comes right down to it, Samsung copied Apple’s designs so they could give their customers access to the club. But the fact is you can’t join the club without the ticket.