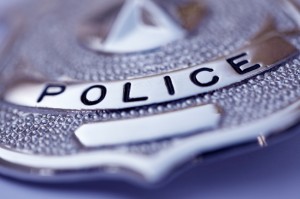 Aug. 6 Police are looking for 13 books worth $1,100 missing from the Harold B. Lee Library. They would like to talk to David Collins, a 54-year-old male, who was the last person to check those books out, and are asking anyone with information about Collins to contact University Police.

Aug. 7 A student reported his bicycle stolen from the racks east of the Jesse Knight Building.

Aug. 7 An iPod was stolen from the Wilkinson Student Center custodial supervisor’s office. The iPod was valued at $127. There are currently no suspects.bike was locked with a cable lock and valued at $400.

Aug. 7 A driver drove past a road closed sign and got his front wheels stuck in a hole. The hole was obscured by a recently paved sidewalk. The officer who responded felt the situation was punishment enough. No citation was issued.

Aug. 7 A resident of Wymount Terrace had his vehicle parked in the lot east of building 1A. When the victim arrived at his car the next morning, he noticed that his ashtray was open. His car had not been locked, and upon further investigation, the student discovered his iPod missing. The iPod was valued at $65.

Aug. 6 A student was caught wrapping a car in plastic wrap. When an officer responded, the student claimed to be a friend of the car’s owner. The owner was contacted, verified the suspect’s friendship, and did not pursue a complaint with police.

Aug. 7 Witnesses reported suspicious students near the statue of Brigham Young by the Abraham Smoot Building. An officer responded and found a few male high school students and one adult female wrapping themselves in plastic wrap and then rolling down the hill at the north end of the Harold B. Lee Library. The officer asked them to leave because they were causing damage to the grass there.

Aug. 6 A father and daughter had issues with the University’s policies and procedures and contacted several administrators. As their behavior was inappropriate, officers responded to mediate the situation.

Aug. 5 Around 9 p.m., someone detonated a homemade explosive device at Wyview Park. To officers’ knowledge, nobody was injured. The incident is currently under investigation.

Assault on a Police Officer

Aug. 5 Around 4:15 a.m., a bike patrol officer was conversing with students sitting on a wall at Helaman Halls. An unknown assailant threw a glass bottle from near the bicycle storage area. The bottle shattered within three feet of the officer, who felt glass shards hit him. The officer investigated but found no suspects.