Misconceptions of apostasy in Mormon culture were addressed by religious scholars on Friday at the Harold B. Lee Library auditorium. The scholars hoped their ideas broadened the theological understanding of professors and students present.

The speakers for the conference were gathered by Miranda Wilcox, an English professor. As she was editing numerous papers for a book regarding apostasy she decided a conference would be a good forum for the scholars to collaborate. The book will be published in the near future; Wilcox said the exact date remains unknown.

John Young, an assistant professor of history at Flagler College, who focuses his research on Jewish-Christian relations in the Middle Ages, spoke at the conference.

“I want to shift the way Latter-day Saints think about apostasy,” he said.

Many members of The Church of Jesus Christ of Latter-day Saints mistake the Middle Ages as a time completely absent of inspiration from God, Young said. He said there were many occasions in which God’s children were divinely inspired. Most church members believe the Great Apostasy was a time of complete darkness because of the contrasting history of the Restoration. However, Young said many people during this time were able to find truth and create inventions because of the Holy Spirit.

“With an understanding of the purposes and course of apostasy comes a better knowledge of the main characters of that narrative: God, mankind and ourselves,” Young said. “When the narrative rests on such a shaky foundation, we are prevented from understanding certain truths.”

Many scholars during the conference noted the enlightenment that occurred during the Dark Ages to show the presence of God.

“LDS authors have displayed popes as the great enemies of progress,” Young said. “Medieval church men are accused of secreting away the scriptures to keep men in ignorance. Many of the reformers have been lionized, perhaps to an undeserved degree. The resulting view of God is consistent of God’s love for His children.”

Another scholar concurred. Matthew Bowman, an assistant professor of  religion at Hampden-Sydney College also spoke. He said many church historians created romantic histories of Christianity, rather than scientific. The histories written focused more on morals and providence than accuracy and exactness, Bowman said.

“Roberts, Talmage and Smith were writing a confessional history– a history that understands the past not to be at its deepest levels the product of human decision-making,” Bowman said. “It’s a reflection of God’s plans for human redemption. These [romantic] writers saw history as less a technical act than a moral act, an artistic act. They believed that history should embody the truths of the subject. This is not the same thing as factual accuracy. Rather, rules and evidence took a back seat to the resident emotional force. It was the historians task to properly illustrate the moral themes that history of necessity reflected.”

Although some of the past scholars of the church have been categorized as less precise enough in their histories.

“[B.H. Roberts and James E. Talmage] are still worth reading, not for their methodological approaches, but for their interpretations,” Bowman said. “They’re theologians just as much as they are historians.”

Both scholars stated that the church founded its history of Christianity during the Dark Ages partially from the historical understanding of Protestant scholars.

After absorbing all of the scholars’ findings, many students felt more knowledgeable and acquainted with the spiritual progress and history of the Great Apostasy.

“I have learned more about how our perceptions of history are sometimes crowded by theology,” said Cody Bringham, a sound recording technology student from Reno, Nev.

Other students said their understanding was opened concerning the truth and knowledge given to many people outside the church during the Dark Ages.

“Our narrative of apostasy has some room to grow,” said Garrett Wilcox, a political science major from Covina, Calif. “Our narrative can better represent other churches and look to others for good.” 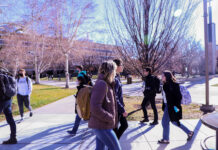 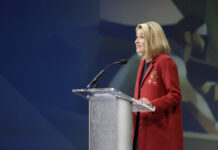