Apple may be well on its way in the development of a new kind of TV, according to Steve Jobs’ recently released biography and other sources.

Rather than a plug-in like the current Apple TV product, Jobs’ biography suggest Apple started from scratch building what they believe will revolutionize TV-watching by making Apple’s voice activated.

This change, Jobs said, would replace webs of buttons and remotes.

“It will have the simplest user interface you could imagine,” Jobs said. “I finally cracked it.”

MSN’s David Zeiler said the voice activation will be based on the technology used in the most recent iPhone.

“The iTV will not use a remote of any kind,” Zeiler said in MSN’s Morning Money. “It will be voice controlled, using the same Siri technology Apple introduced earlier this month with the iPhone 4S.”

In other words, if everything goes according to plan, TV won’t even require hand movement.

Similar reports are half corroborated and half contested by The New York Times.

“Although Mr. Jobs was referring to Apple’s plans to build a full-fledged television, he was not actually referring to the TV set, which is how the comment has been widely interpreted,” Nick Bilton said in the Times’ business section on Oct. 27. “Instead, it is becoming clear that Mr. Jobs was talking about Siri, Apple’s new artificial intelligent software on the iPhone 4S.”

Should it be incorporated into the prophesied TV, Bilton describes the TV as a thing of nearly sci-fi proportions.

“You sit on your couch and rather than fumble with several remotes or use hand gestures, you simply talk: ‘Put on the last episode of Gossip Girl.’ ‘Play the local news headlines.’ ‘Play some Coldplay music videos.’ Siri does the rest,” Bilton said.

Not only are people projecting a change in TV usage, many expect a major change in Apple’s stocks.

Gene Munster, an analyst for Piper Jaffray, said as early as June that an Apple TV was likely in the works. According to the same MSN report, Munster said the TV wouldn’t hurt stocks, either. 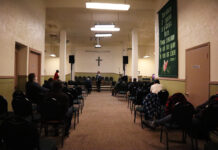